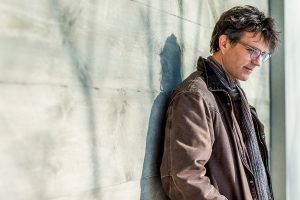 The Hudson Valley has long been home to artists tucked away in the woods, quietly pursuing their visions. From the Hudson River School painters, to the Byrdcliffe Colony, to Opus 40, to Dylan & the Band… masterful works have been created here, rooted in the singular history and natural beauty of the area. The best of these have proven expansive, transcendent, built to last, and an inspiration to the work of others—including architect Barry Price.

Barry followed a circuitous path to the Catskills, and to his calling. Originally from New Jersey, he attended Lehigh University, where he received a Bachelor of Arts cum laude and the Spillman Farmer Award for Art & Architecture. His junior year in college had been transformative, spent in New York City at the Institute for Architecture and Urban Studies, an intensive immersion program in Architecture similar to a junior year abroad. There, Barry was fully indoctrinated into both the academic and professional worlds of architecture. After obtaining a Master of Architecture with distinction at the Harvard University Graduate School of Design, he was quickly recruited to work for prestigious firms, first in Boston, then in Los Angeles, where he gained valuable experience working in the Institutional and Corporate Architecture realm.

He then took what some might call a departure from this path. It was actually a course correction of sorts, after Barry realized his creative ambitions were not satisfied by the corporate work he was doing. Seizing the opportunity to explore his interests in and around Los Angeles, he split his time between two distinctly different jobs. Balancing both, he worked as a Landscape Architect in and around Santa Monica, and as a Luthier, building guitars in Topanga. What he’d anticipated to be a diversion, eventually turned out to be two prescient disciplines for him.

Designing outdoor terrains gave Barry a deeper understanding of the environment and the symbiotic relationship between structure and site. Building guitars taught him about wood and metal, their properties, and how they are crafted and balanced to produce an instrument. But architecture is Barry’s true calling, and the lessons of this work offered applications for the variety of scales that Architectural design solutions require.

He and his wife, April Traum, whom he’d met in Boston and moved to the West Coast with, now moved to Woodstock. Over the years, they had visited April’s family on holidays and vacations, and shared a mutual love of the physical and artistic assets of the town and region. They were ready to begin a family of their own and the quiet mountain region offered the opportunity to balance quality of life with the work Barry loved.  In 1994, with his newfound knowledge and expertise, he founded his firm, Barry Price Architecture, and worked a variety of design and fabrication jobs while the business got off the ground.

Since then, he has designed homes and structures in and around the Hudson Valley that take inspiration from the beauty of the landscape, from its vernacular building forms to the colors and textures of forests and mountains: tree bark, fieldstone, rock ledges and outcroppings. But these are not your typical cabin in the woods. Barry’s designs elevate his structures from buildings to works of Architecture, integrating modernism with high-performance building techniques and regional materials to achieve enduring compositions of light, space, and line.

Over the years, his respect for the land has only grown deeper. Because the process of building will inevitably disturb the landscape, architects typically have a complicated relationship with it. Organic to Barry Price’s work, though, is an innate deference to the environment. It’s his intention to uphold that relationship in every project, and to minimize the footprint of his buildings to have the least impact as possible. It is a “moral imperative,” he says. “… increasingly urgent, the longer I do what I do.” He has a wealth of knowledge and expertise in the practice and technology of sustainable design and construction. Stunning yet restrained high performance houses are his calling cards.

Barry has won a series of residential AIA awards over the years and was a regional winner of the prestigious Sub Zero Wolf Kitchen Design contest in 2012. With experience as an adjunct Professor in Architectural Design, he is often called upon to teach or act as guest critic at graduate school programs. Still, he is moved more by the art than the prestige, more by the journey than the process. His clients are similarly enlightened. They are interested in the spirit of the work—the beauty and the functionality, the aesthetic and the integrity. And, of course, the collaboration. The relationship between architect and client is intense. Projects can take years to complete. Barry does not take this lightly. He is an adept and able guide, both intuitive and inspirational, as he leads his clients on a journey of discovery along the path to their own works of Architecture.